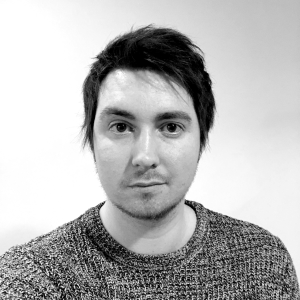 The Poppy Appeal and Supporting The Armed Forces As proud Armed Forces Covenant Gold Members, Auctus Management Group Ltd and its subsidiary businesses; RSS Infrastructure Ltd and INFRA Skills Ltd, strive to support the Armed Forces at every opportunity with the help of our employees, many of whom are Reservists, Cadet Force Volunteers and Veterans, that play an integral role in their respected companies.

The company’s commitment to the Armed Forces Covenant, along with other Armed Forces charities and organisations, saw them become one of the 100 businesses that were awarded an Employer Recognition Scheme Gold Award in August 2019.

Below is a brief summary of our year so far.

RSS Infrastructure Ltd has announced that this year the company is proud to be supporting the British Armed Forces ‘Force Atlantic’ rowing team as a ‘Gold’ sponsor for the ‘Talisker Whisky Atlantic Challenge’, otherwise known as the ‘World’s Toughest Row’.

As the premier event in the ocean rowing calendar, the ‘Talisker Whisky Atlantic Challenge’ brings together teams from all walks of life united by the same objective: to take on the unique challenge of crossing over 3,000 miles of treacherous ocean. Around 30 teams from across the globe will begin their journey in the village of San Sebastian in La Gomera and will finish in Antigua.

The Force Atlantic team are the first official British Army team to enter the event and they have the daunting task of getting the boat safely to the other side whilst overcoming a series of obstacles including; contending with the mental anguish that the ordeal will bring as a result of the solitary lifestyle whilst on board as well as sleep deprivation, salt sores, and physical extremes inflicted by the race.

We attended the Rannoch Adventure Open Day to get an exclusive interview with the team.

Richard Toy, CEO and Kaye Toy, Head of Talent for RSS Infrastructure Ltd, attended the Force Atlantic Fundraising event for Sponsors and Supporters, as they raised essential funds for their campaign and their partnered charity; ABF Soldiers Charity.

The renowned Twickenham Stadium played host to the Team Army vs Team Navy rugby match as Richard Toy, CEO was invited by Lt Col Richard Hall MBE as a guest and Gold Sponsor for the Force Atlantic team.

The Force Atlantic team were featured in the official programme for the event, to highlight that the Army and Navy forces both have a team participating in the Talisker Whisky Atlantic Challenge, and the RSS Infrastructure logo was proudly on display and seen by the 80,000 attendees.

The West Midland RFCA took a group of our region’s most Armed Forces-friendly and supportive employers to witness the spectacle that is the Trooping of the Colour for the Queen’s Birthday Parade at Horse Guards Parade in London. The parade takes place annually and involves over 1,400 parading soldiers, 400 musicians and 200 horses.  Trooping the Colour is a fantastic display of military drills, precision and horsemanship to celebrate The Queen’s official birthday.

Each year at Trooping the Colour, a different regiment’s colours are trooped. This year the colour was trooped by the 1st Battalion Grenadier Guards. Richard Toy, CEO and Kaye Toy, Head of Talent for RSS Infrastructure Ltd were honoured guests representing Auctus Management Group Ltd.

Auctus Management Group Ltd welcomed the Force Atlantic team members, Captain Chris Hames and Captain Alexander Walsh, to their Birmingham based Headquarters during ‘Armed Forces Week’. The team was invited to host an exclusive Q&A session to all of the available staff members, as they showcased a sample of their rigorous training regimes, nutritional requirements before and during the event and personalised timetables on how they were going to approach the daunting task in December 2019.

The team also provided their Force Atlantic branded rowing machine, a particular favourite when used at exhibitions and networking events. Most staff members were eager to take on the challenge, the rules were simple; the furthest distance achieved in a 60-second span was crowned the winner, and Jordan May, Trainer for INFRA Skills Ltd achieved the greatest distance of 324m.

The night was a huge success, raising over £250.

Auctus Management Group Ltd and its subsidiary businesses, RSS Infrastructure Ltd and INFRA Skills Ltd are honoured to announce they have been awarded the Armed Forces Covenant Gold Award. From 22nd August 2019, Auctus Management Group Ltd along with 100 employers were recognised by Defence Minister Ben Wallace for their outstanding support for the Armed Forces community by being awarded an Employer Recognition Scheme Gold Award. They will be presented with their award on 12th November 2019 at the National Army Museum in London.

With the success of last year’s Pedal To Paris fundraising event, which was organised and supported by The Royal British Legion, members of Auctus Management Group Ltd and its subsidiary businesses; RSS Infrastructure Ltd and INFRA Skills Ltd yet again assembled a small team to take on the intense 460km challenge for the second year in a row. The team announced this year’s sponsors in August 2019, many of whom are direct clients and suppliers for the companies that make up the team.

The team successfully cycled from London to Paris for The Royal British Legion, the four-day event covering 460 km, started in London, where they travelled south to Dover. The riders crossed the English Channel to Calais completing the first 129km stretch of their journey. Over the next 3 days the riders completed a staggering 328.6km, taking them from Calais to Paris, where there was a ceremony at the Arc de Triomphe to honour the grave of the unknown French Soldier who died during the Great War.

Richard Toy, CEO was awarded the coveted Yellow Jersey on the last day of the ride, for raising the highest amount of money of all participating riders for The Royal British Legion.

The event was a huge success, with all riders raising over £6,500.

To coincide with the Pedal To Paris event, the RSS Infrastructure office staff and workforce organised a charity football match, raising money alongside the cyclist for The Royal British Legion.

The event was a huge success, raising over £100.

Force Atlantic Will Take On The Talisker Whisky Atlantic Challenge

In early December, the Force Atlantic team will take on the 3,000 mile challenge from La Gomera to Antigua, with the RSS Infrastructure logo proudly on display, the event will be documented by numerous television broadcasters and the rowers themselves on social media.

Accredited Rail and Construction Training Course Providers based in Birmingham